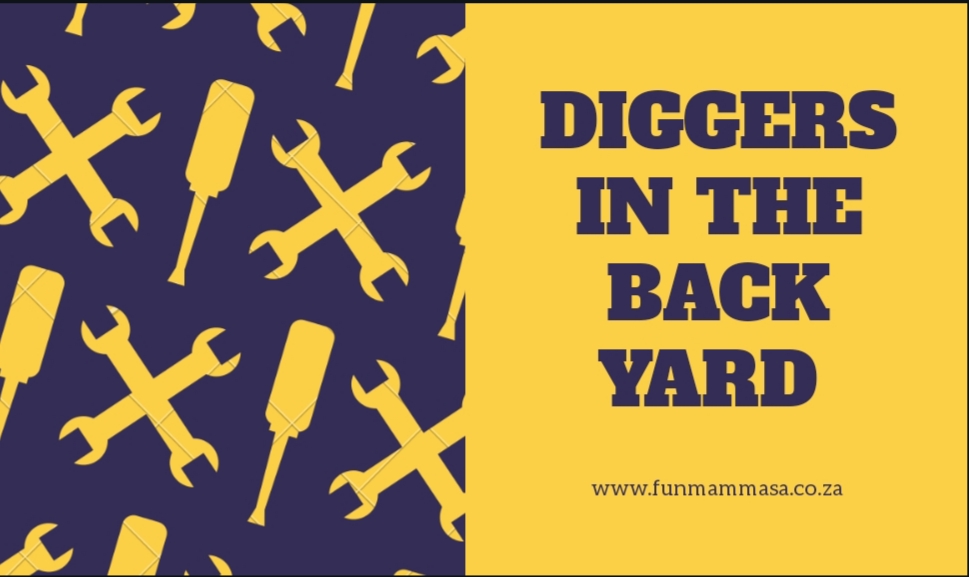 Two days ago we woke to the most horrendous noise I’ve ever heard.

The earth was moving, the flat shook. There was bashing and banging and I rushed to my bedroom window to see what this huge commotion was.

Imagine my relief when I realised we weren’t under attack, nor was there an earthquake happening.

The house behind us was being demolished and the tremendous sounds were from the yellow digger bashing down the house foundation. 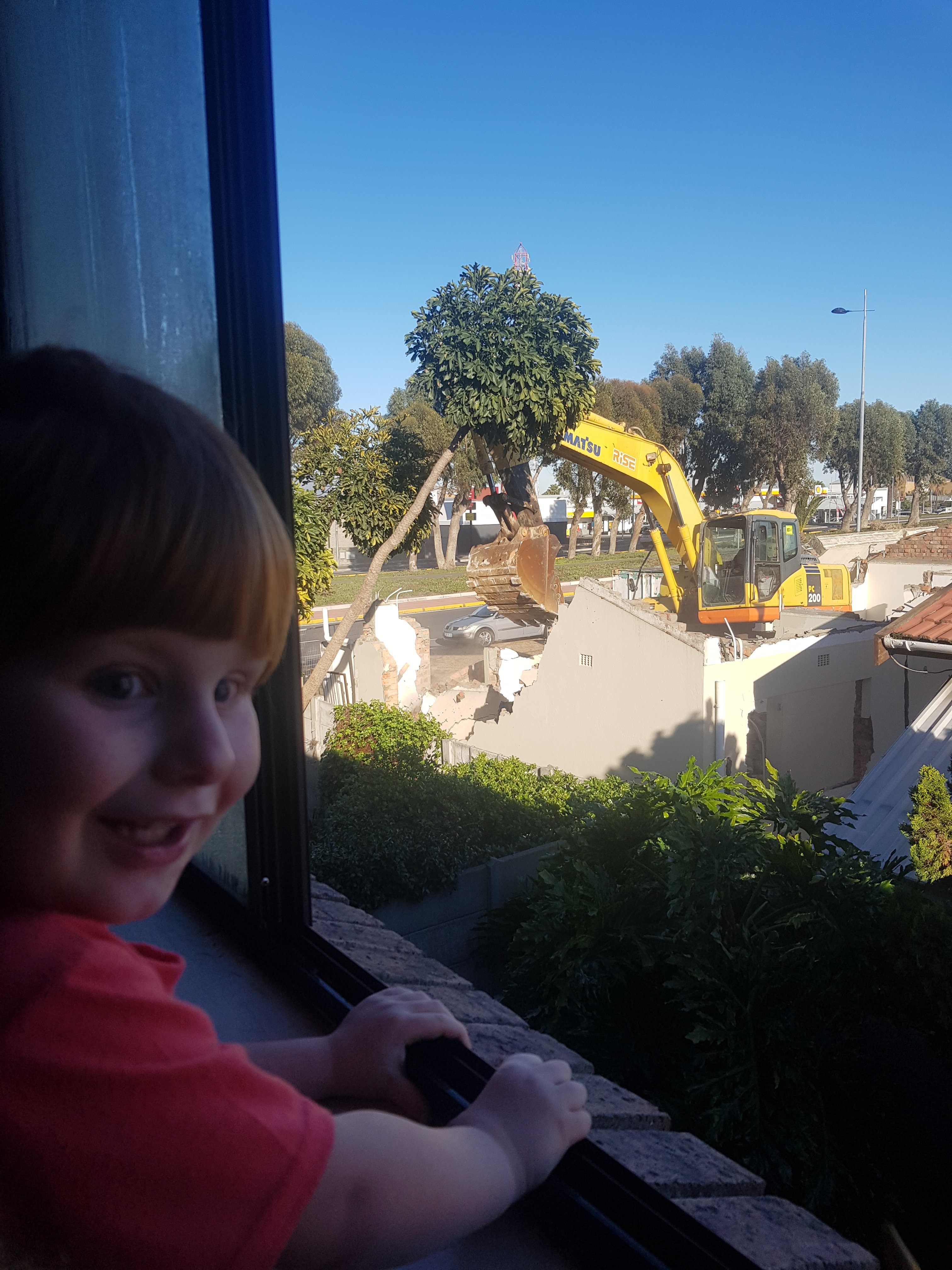 Hamish was in every little boy’s heaven as he watched the digger move it’s big claw round and about and smash stuff like Thor’s mighty hammer. 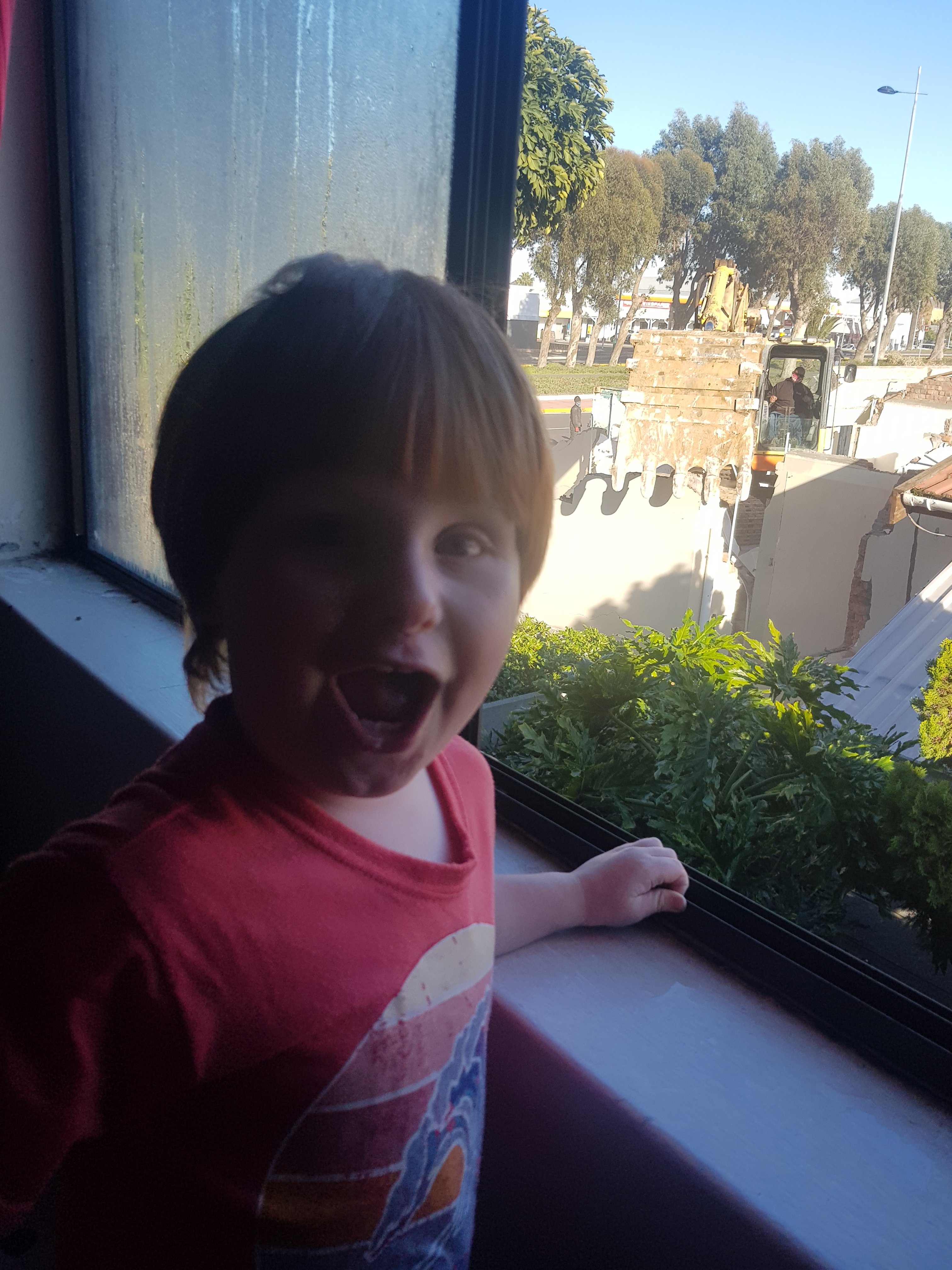 For the first 15 minutes and the duration of me taking a few photos, I must admit I got very caught up in Hamish’s enthusiasm. We even waved to the digger driver. 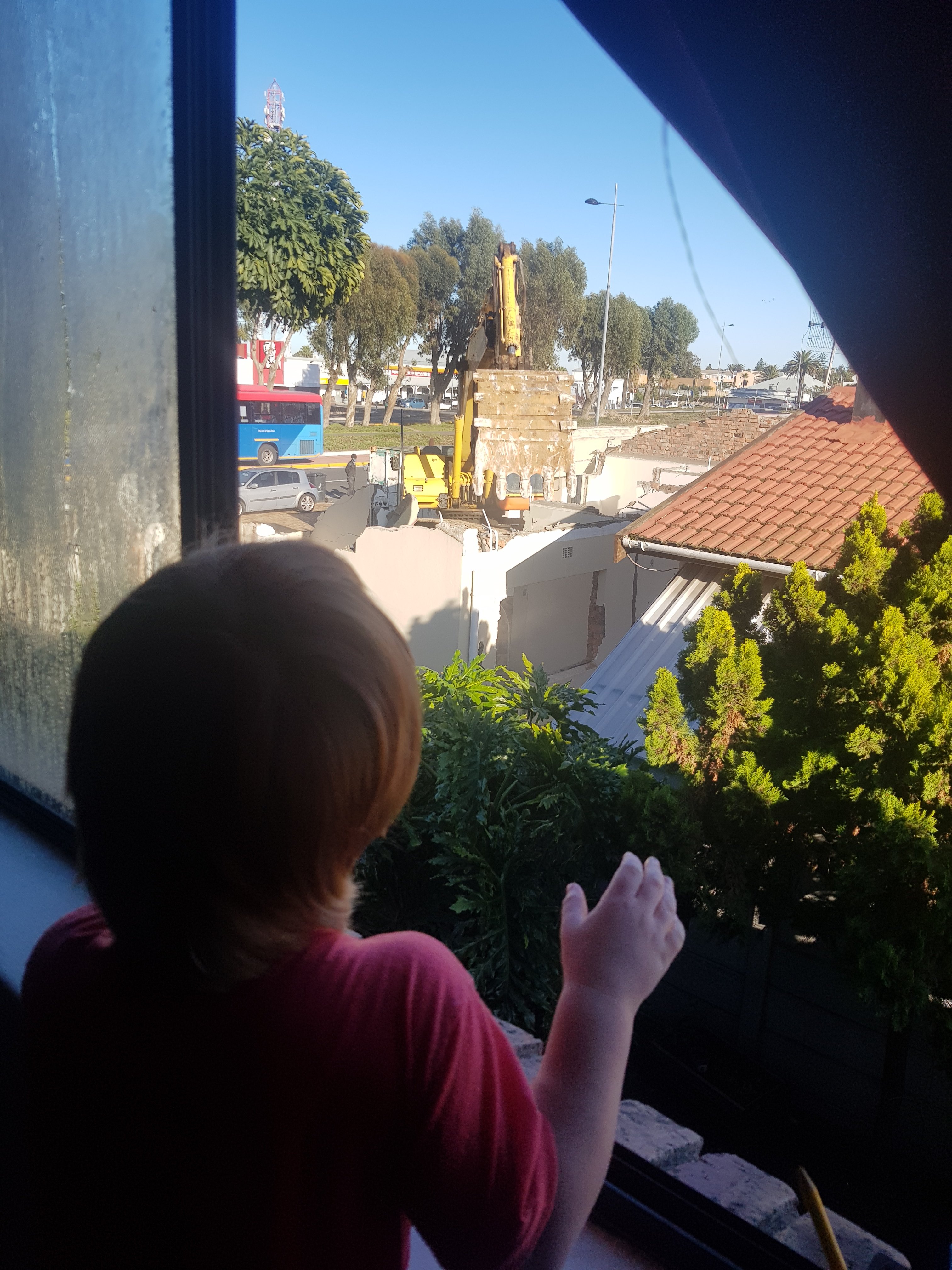 Then Bob the builder started to get rather loud and drained out my attempt at trying to make phone calls for the day.

The room was shaking and I was suddenly very glad we are moving before the actual building starts on the new block of flats that will replace this often empty house.

For two days we watched and listened with a running commentary from Hamish about Bob the builder and his yellow digger.

For two days I wished I lived somewhere silent.

And then as fast as the digger arrived, it was gone, leaving only a bare rectangle of soil.

My child is heart broken. He really wanted the digger to stay next door forever. 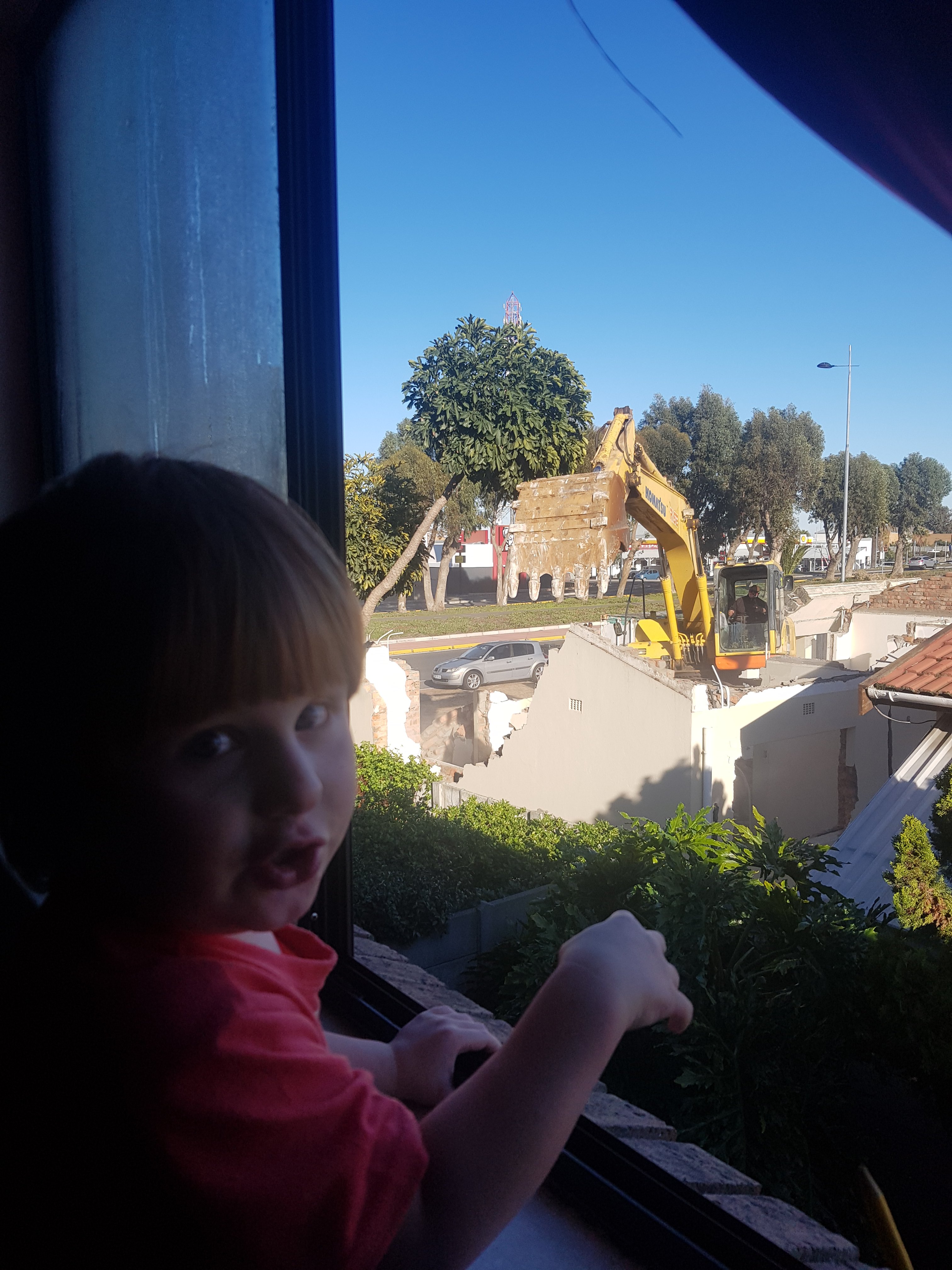 I, on the other hand am increadibly greatful that Bob the builder is as efficient as he is and that it only took two days to demolish.

I’m also wondering how I can bribe him to prolong any building plans until after we move.