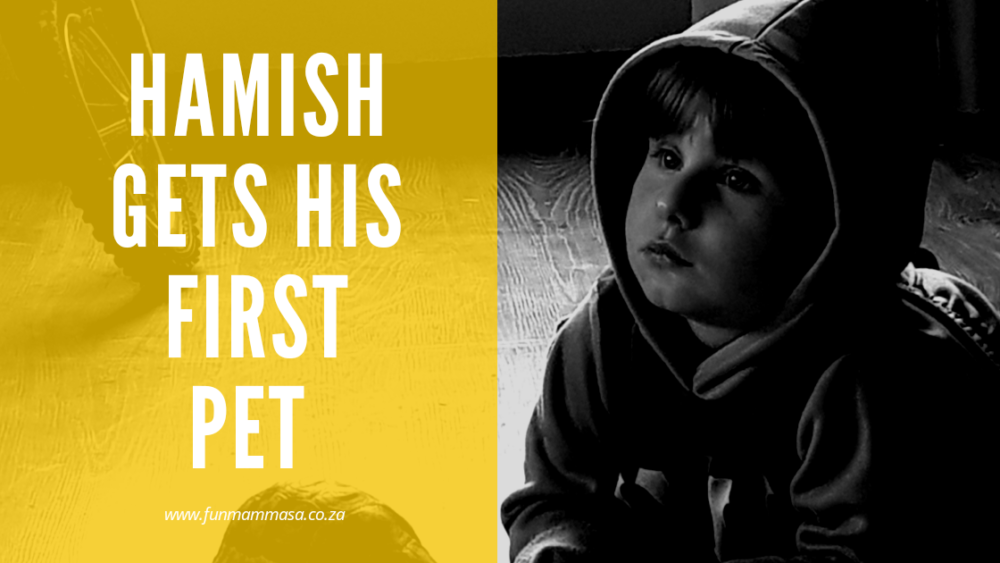 We have been wanting to get Hamish a pet for about 6 months now.

A pet that was a bit more active that he could cuddle, play with and start learning responsibility from.

I was thinking a dog or even another cat, as ours moved to our neighbour when Hamish was a baby but still visited us all the time. 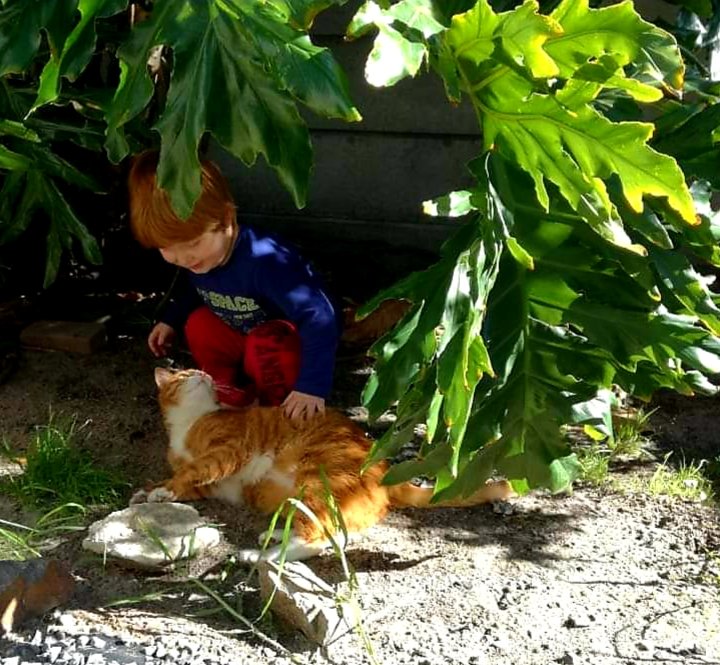 Hamish’s allergies mean choosing a pet needs to be a careful process.

Nothing with too long a hair or that would jump on his bed.

But still I thought a small dog, maybe like a Jack Russell. They have little hair.

Our new lease unfortunately wont allow dogs so I was a little bumbed at that, especially as a dog in a house is a great source of security.

But I was determined that somewhere along the way he would find the right pet.

Just another dog in the park

A few days into moving into the new house we went down to the local park to play.

Hamish discovered the cutest little dog to play with and lost all interest in any of the kids or playground equipment.

In my mind I sat wondering if our new landlord would reconsider that no dog option.

He was so gentle and loving with the little dog and for a boy with a fear of dogs he was increadibly brave.

I was determined to fix this. My boy needed a best fury friend.

An intruder in the garden

The next day, there was a lot of noise outside as the boys called me.

Panicking I ran out to find they had found a tortoise in our garden. 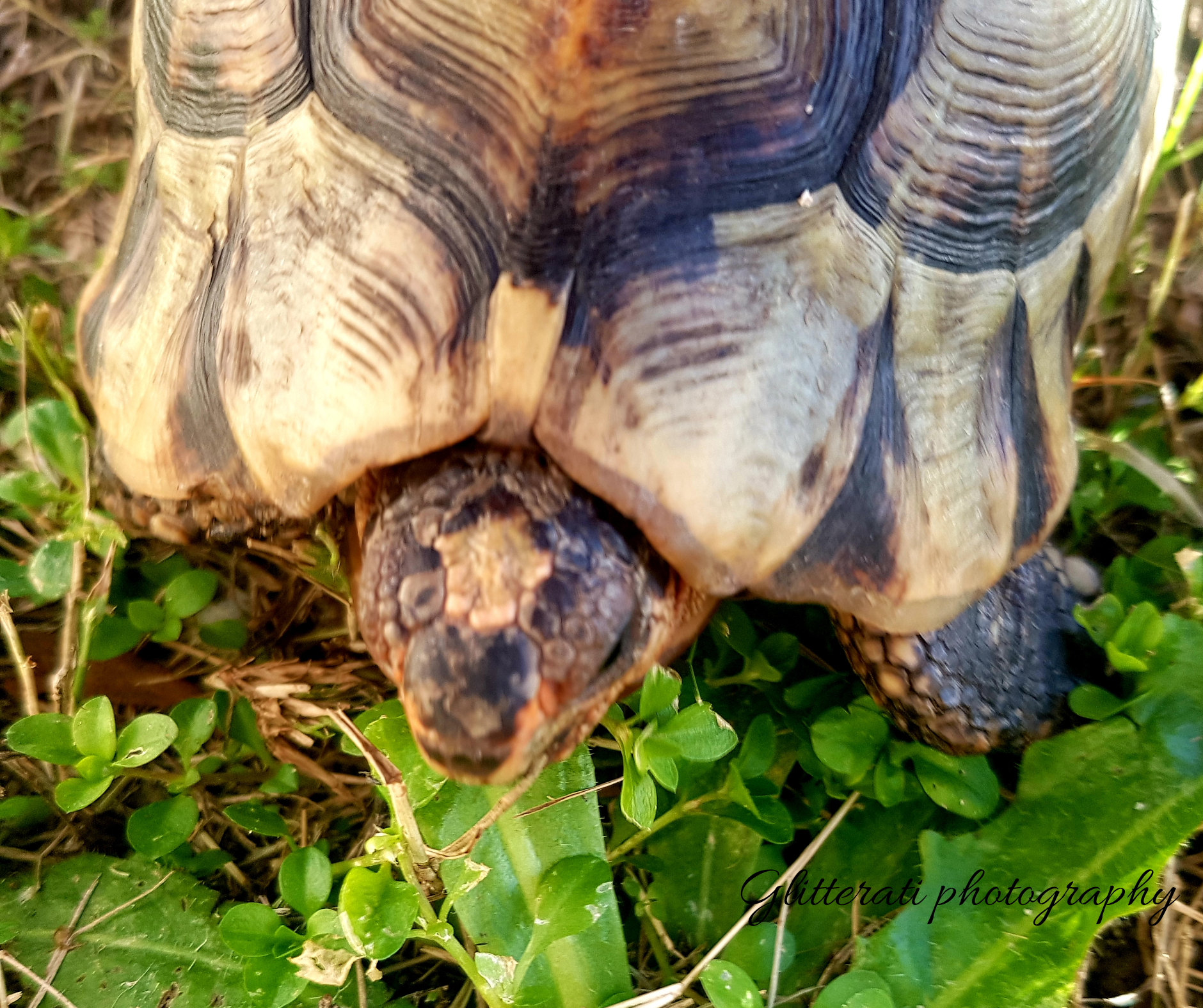 No stranger to tortoise I know that they only have a 3km radius which means this little guy had been in the bushes since we moved in.

He had found a new animal friend. 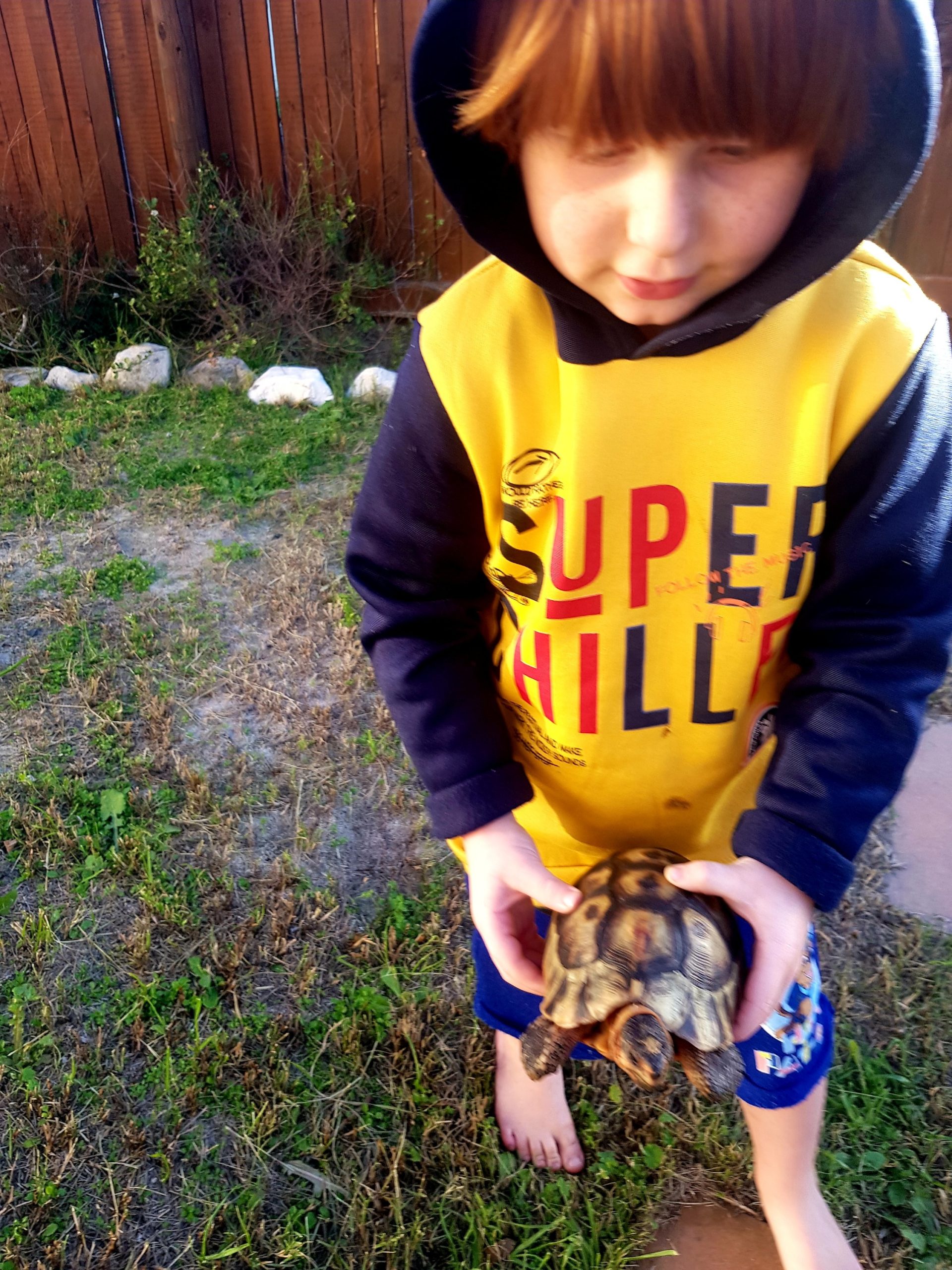 We automatically set up an open shelter for it and that night I left it outside.

Being a wild animal, I didnt want to disturb it too much and wasn’t really sure we would find it in the morning. 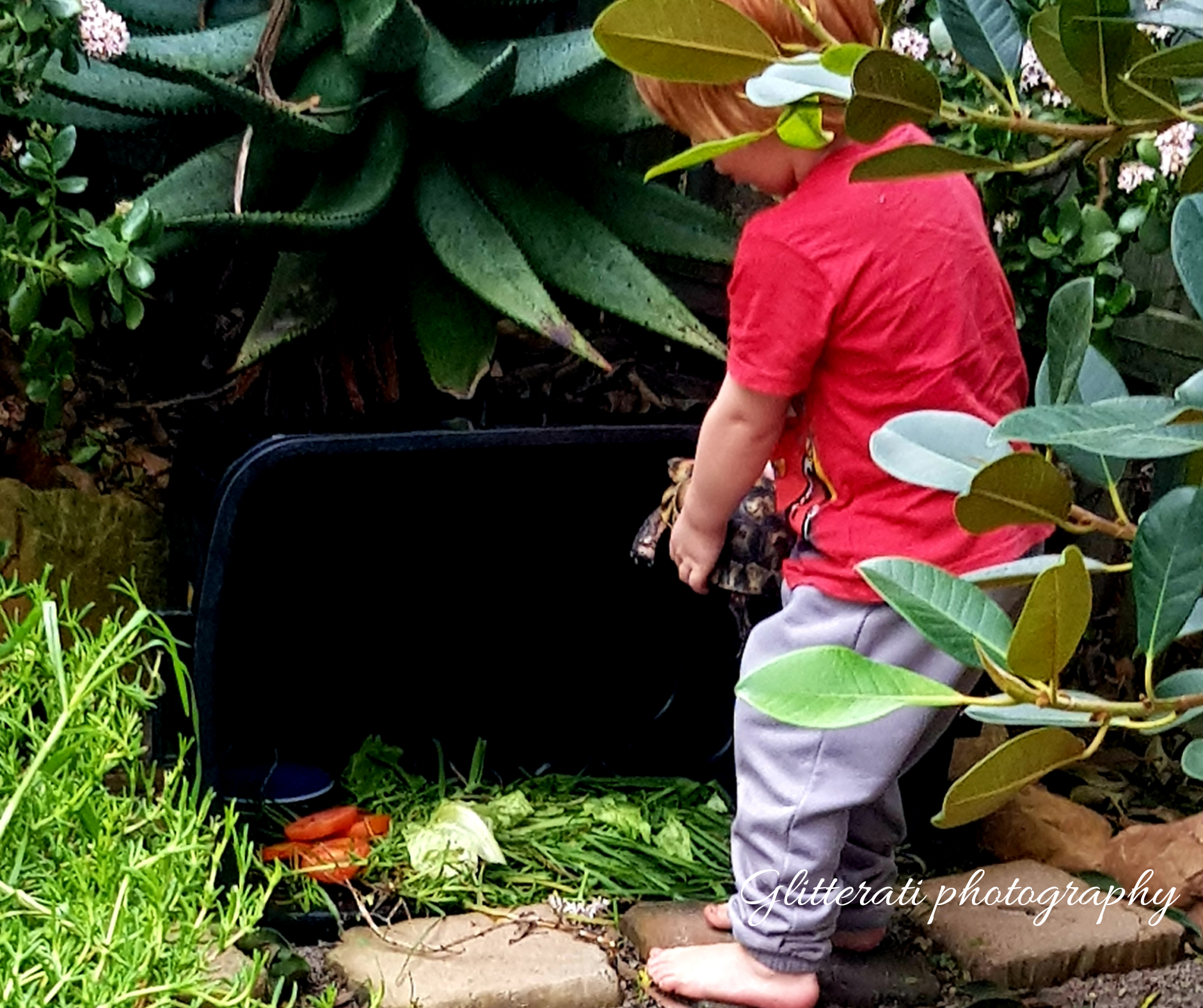 By the next morning I had joined an online tortoise group for people with pet tortoises, so we can learn more about caring for Buddy.

I’d also started to enquire about a licences as you may not just keep tortoises. You have to apply for a special permit. Apparently we can only apply after lockdown.

I’d also prepared myself to explain to Hamish that wild animals need to live in the wild and I was sure Buddy would come back.

But there, in his shelter was Buddy, frozen.

The poor tortoise was ice cold when I found him and so we decided that he is obviously keeping us and we will love him like our pet. 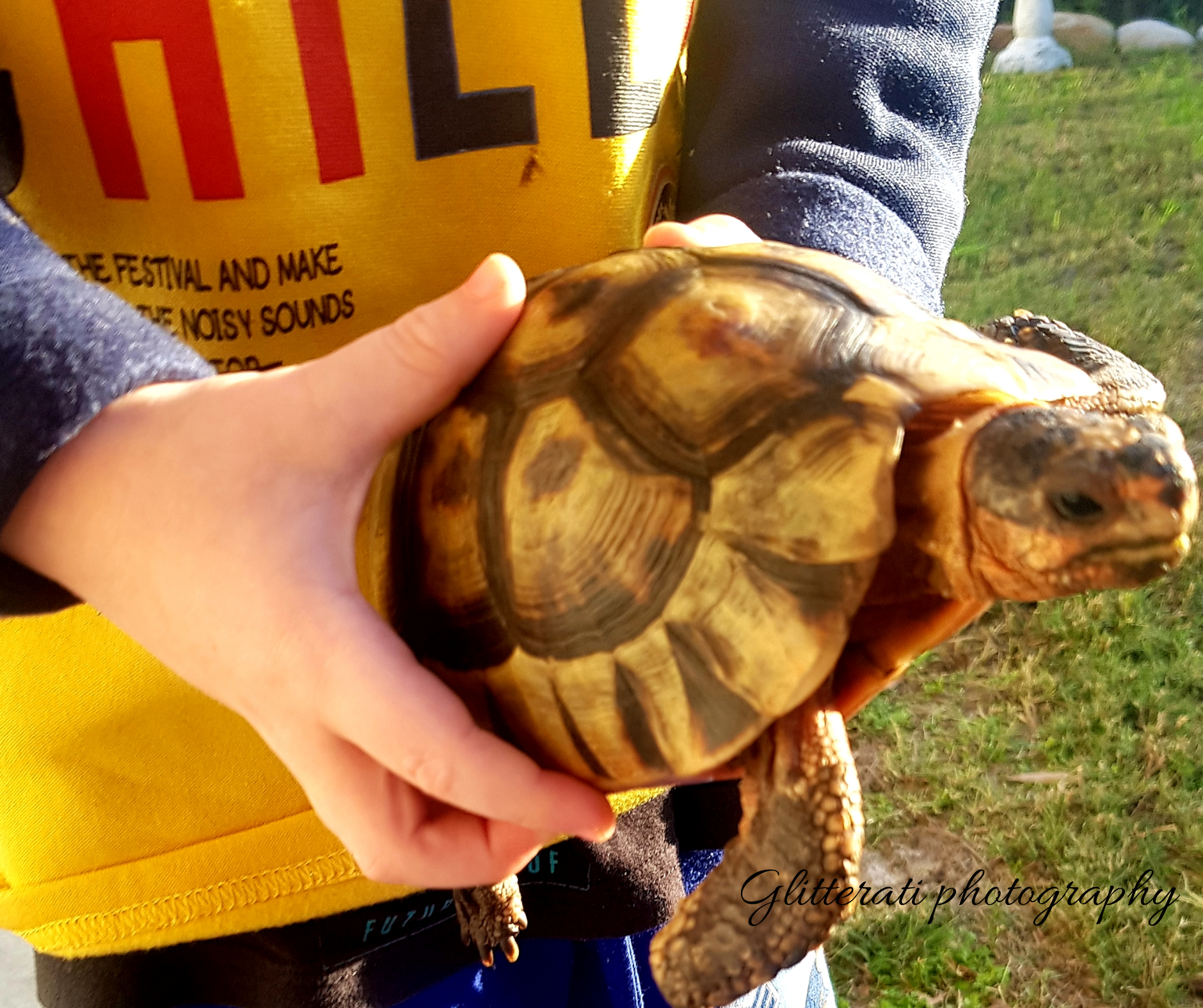 Each morning Hamish helps to neaten Buddy’s shelter, throw the old food out and replace it with new food and we let Buddy roam the garden. 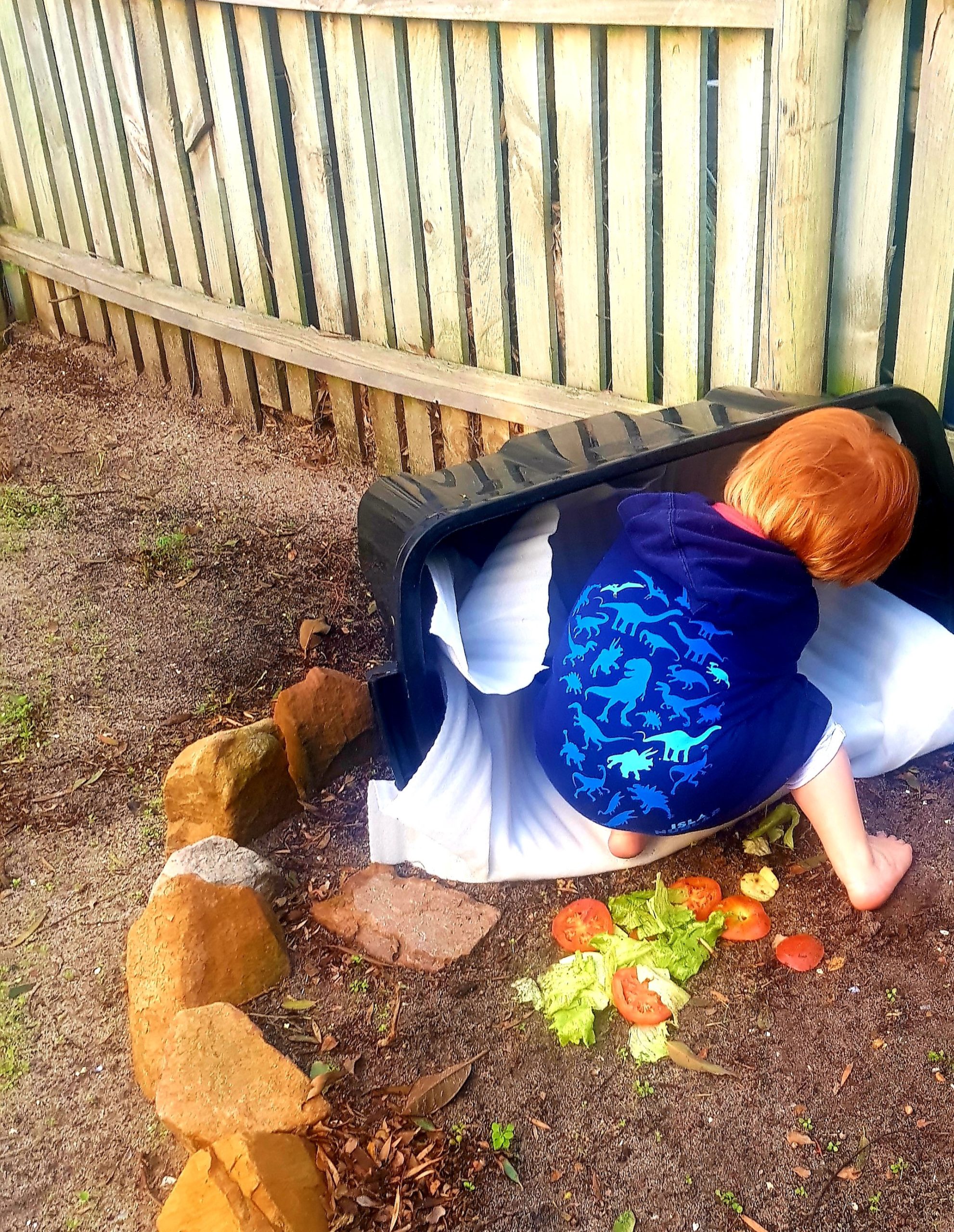 I’ve taught Hamish about camouflage and how to find Buddy in the leaves. 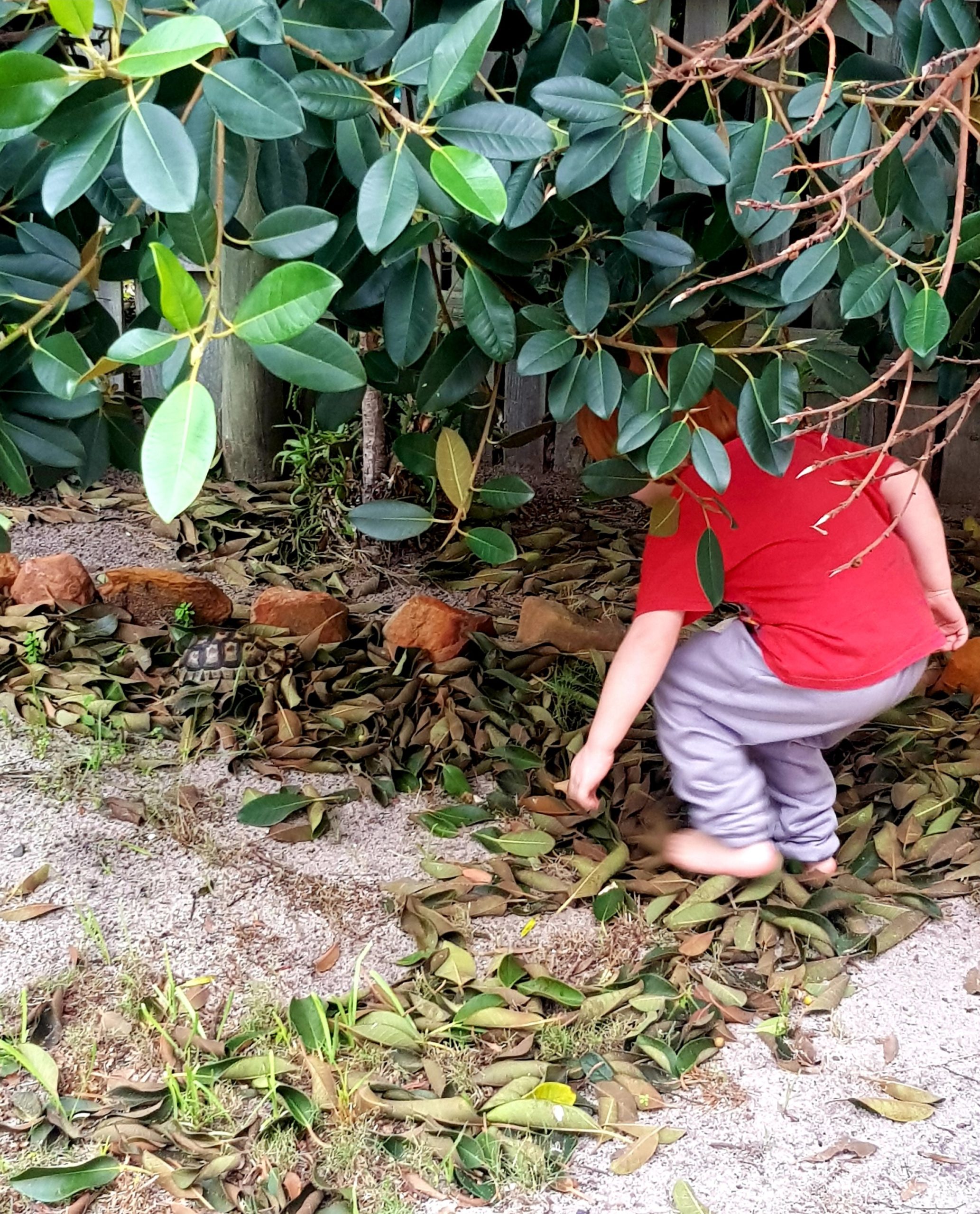 We’ve also spoken about respecting nature, hibernation and why Buddy needs the sun to warm up during the day.

Occasionally Hamish will grab Buddy for a cuddle or play alongside him, telling the tortoise made up stories.

Then at night, we bring Buddy in to his little open container bed, that once was a toy box,to keep him warm and Hamish makes sure he has water and food on his soft bed of warm leaves before we settle in for the night. 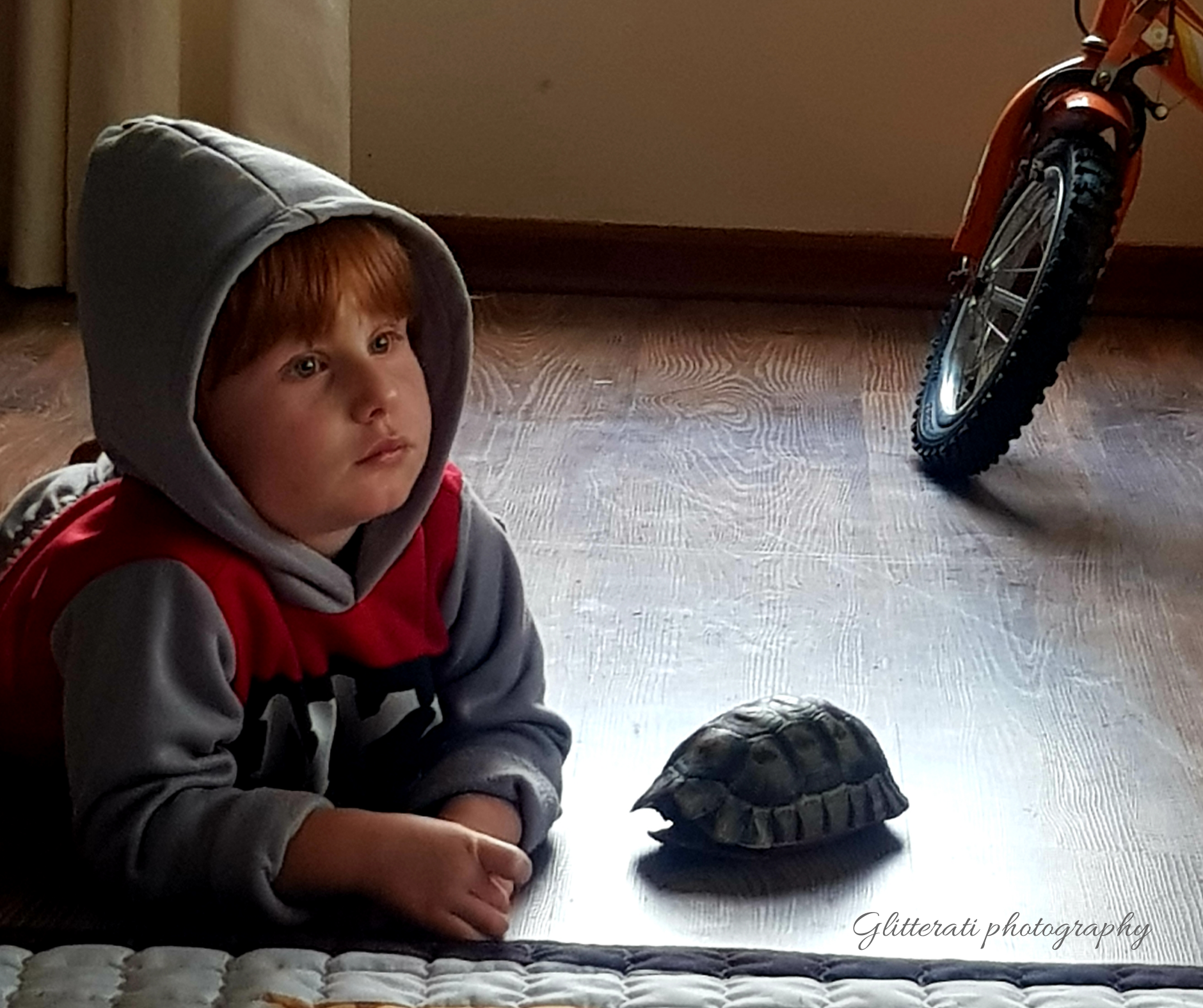 There is nothing more beautiful than watching the love between a child and their first pet.