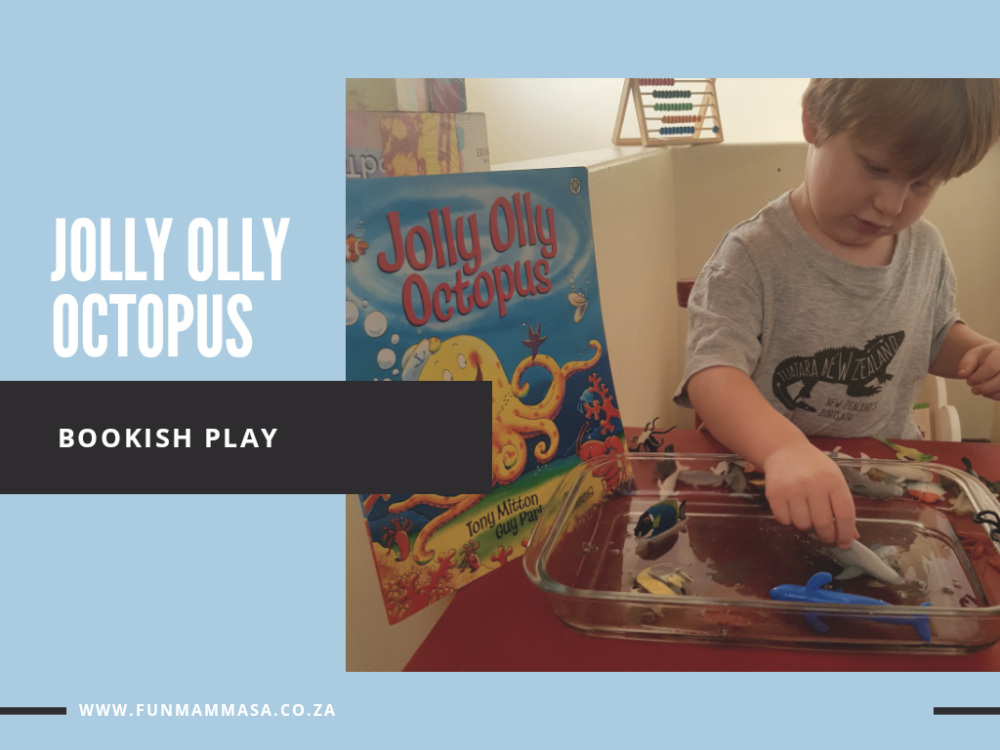 The aquarium is one of our favourite places and Jolly Olly Octopus by Tony Mitton is a humerous book that we read often.

So, using this book seemed like a good choice to compliment both Hamish’s love of the ocean and his new sea creatures.

We always start our bookish play in the same way each week, by reading through the book and opening discussion on the characaters, story and talking about the illustrations.

Then we move onto the activity that accompanies the book’s theme.

To compliment this book, I wanted to use the little sea creatures to first match up to the various sea creatures in the book and for some small world play to enable Hamish to retell the story as he interpreted it.

We first read the book and as I pointed out a fish, shark or octopus on the page Hamish named the sea creature and then he found me the small plastic toy that was the same.

Next, I poured water into the container and aadded some blue shower gel to give the water a blue hue.

I left the plastic sea creatures next to the bowl and Hamish to play.

I was quite shocked when he told me that the water needed salt as sea creatures live in salt water. So, we added some salt to the mini ocean.