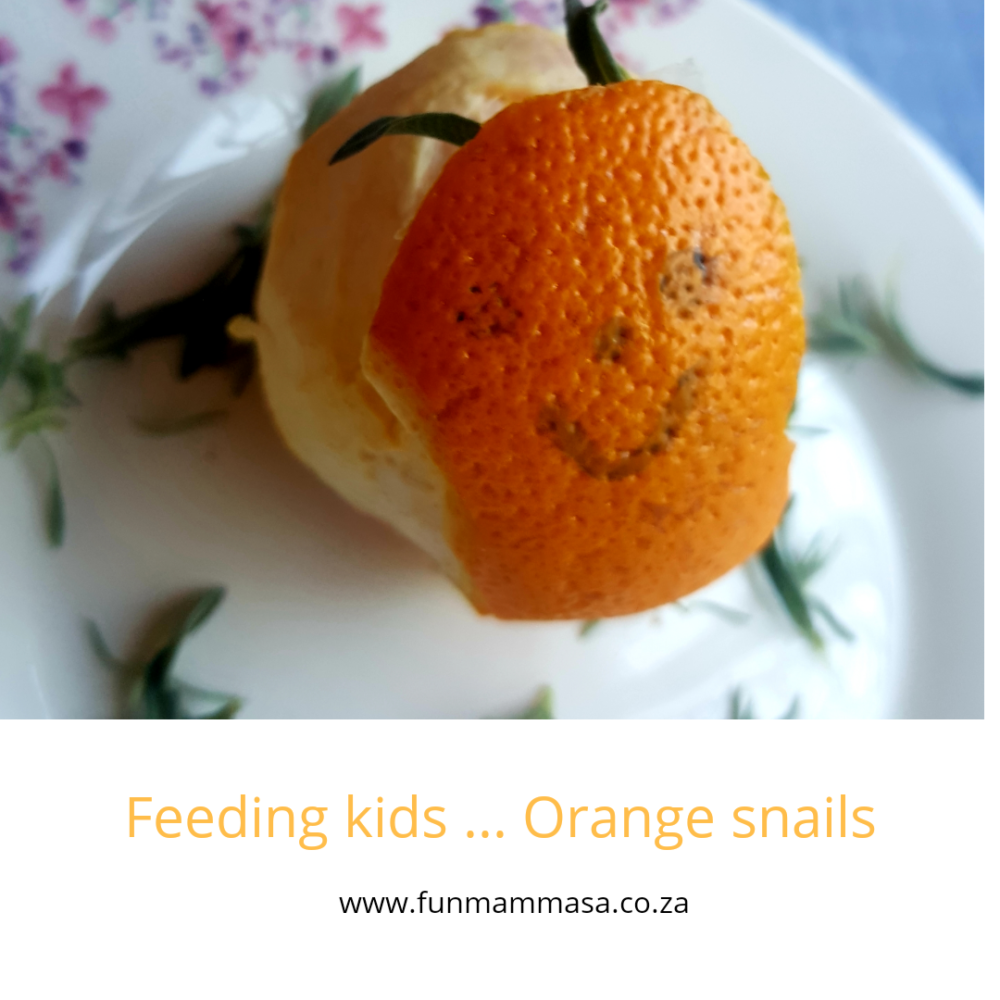 I’ve often seen images on Pintrest and Facebook where people have creatively peeled oranges to form people shapes or animals.

I thought I would give it a try and make Hamish an orange snail. 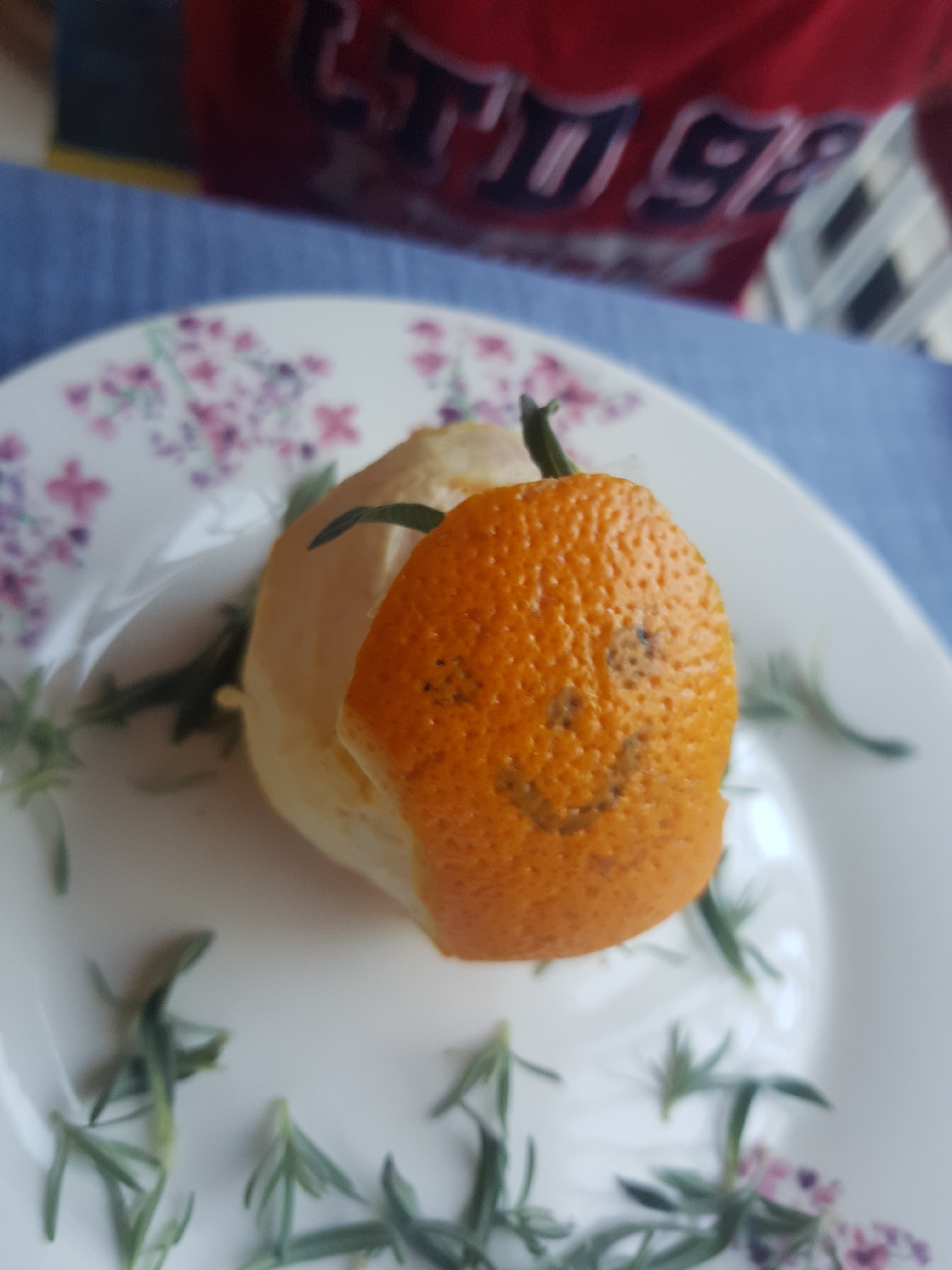 It wasn’t as hard as I first anticipated and now that I’ve created this mini orange masterpiece I’m tempted to try a harder animal. 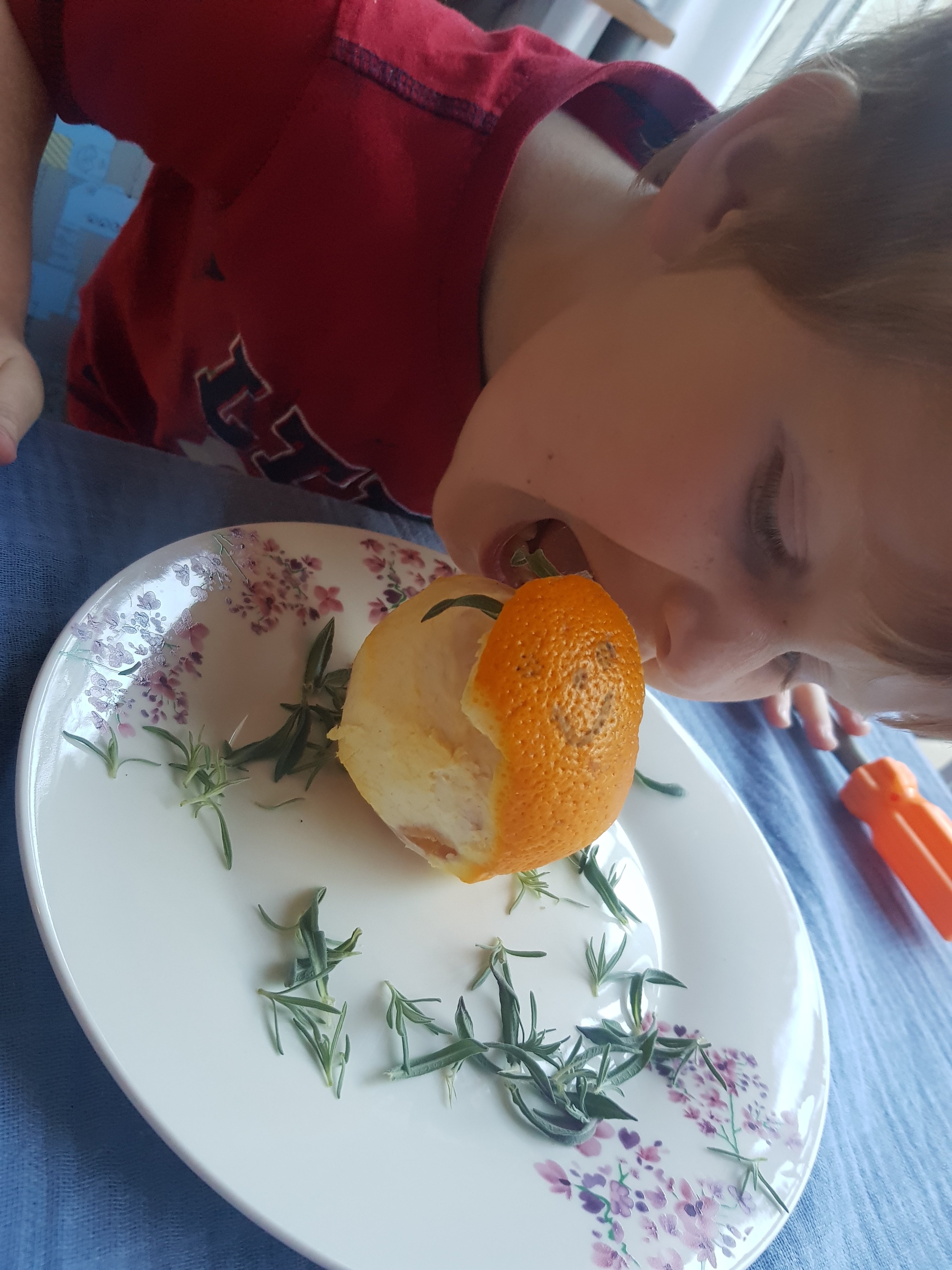 To make your own you need:

I first started by drawing the snails head with marker.

Then cutting the skin away to reveal the flesh, which would become the shell.

Lastly I drew on a face. 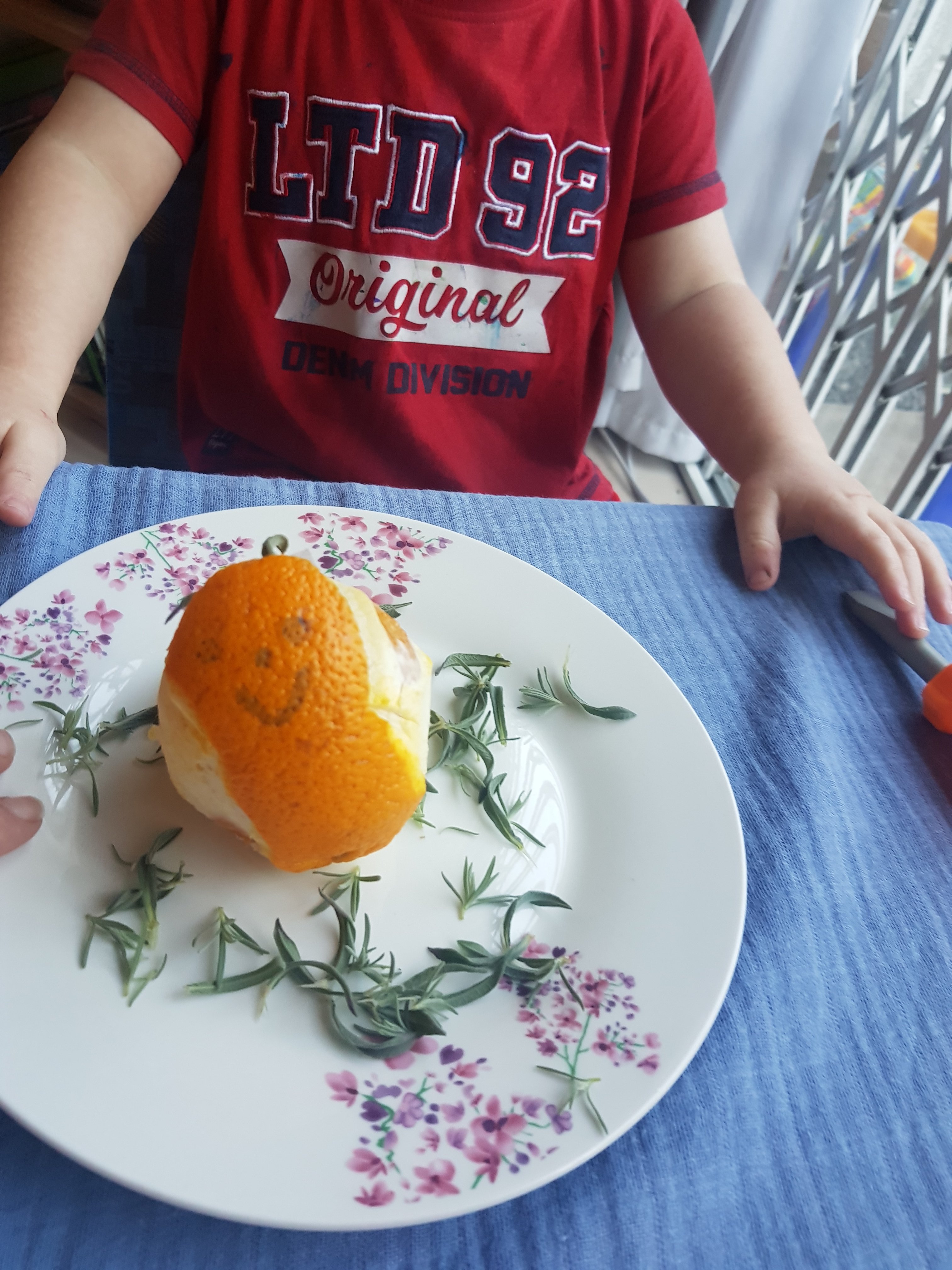 Hamish was super impressed with his slithery snail