Guns are most likely one of the most controversial subjects in any home. 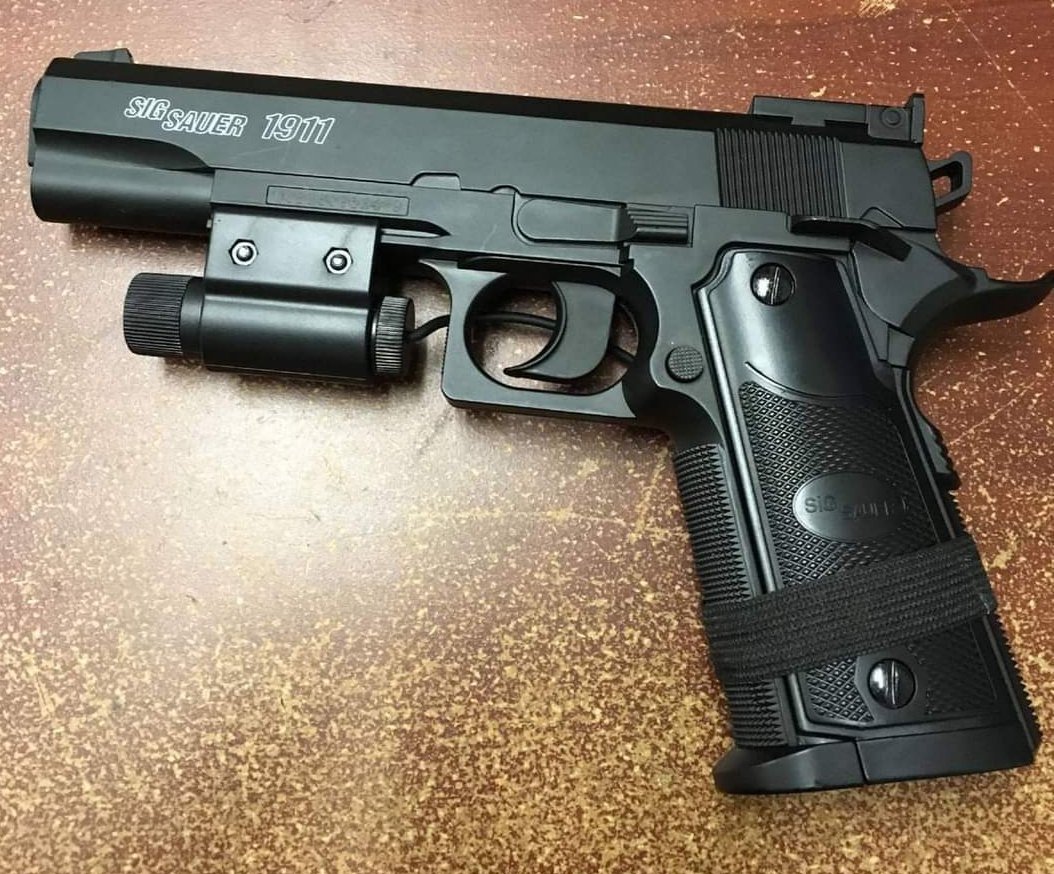 Whilst they serve their purpose to protect you should you be faced with a life or death situation there are also numerous accounts of toddlers and young children accidentally getting hold of parents gun and shooting themselves or a friend.

As a young girl I remember living on a big wide open farm and being taught to shoot a pellet gun rifle. The hard butt of the gun against my shoulder, I pulled the trigger and instantly reeled back with the effect. The noise ringing in my ears.

It scared me. I don’t remember trying again although I do remember my father teaching us the safety around both handling the gun and storing it.

I also recall watching him as he pulled each piece of the gun out and explained how to clean it and how it worked.

Many years later I also stood in a lounge where my father wielded a hand gun in a vicious attack against my mother.

That day I vowed I would never own a gun.

As a young mom, because of my own trauma with guns, I hardly allowed my four sons to play with guns. The images of the hurt they can inflict far too vivid in my mind.

But, boys have a natural way of gravitating to all things action and it wasn’t long before they were using sticks as guns and building their own Lego rifles.

I finally gave in and took them shopping, careful to only choose bright coloured toy guns that did not resemble a real gun at all, other than shape.

By the time they were teens they were buying their own B.B guns and my many hours of gun safety talks began.

Am I against guns?

I’m not against guns, they are needed by many for protection but I do believe :

What are the reasons people own guns?

In South Africa, self protection is one of the largest reasons for people to own a gun.

From hijackings, muggings, home invasions and farm murders … there is need for personal safety.

According to the Small Arms survey there are approximately *5 350 000 guns in personal possession in South Africa. (* 2020)

What are the laws when owning a gun?

We, in South Africa need to follow strict rules before applying for a gun licence, unlike in some countries.

Here you will need to :

You also need to meet the following requirements :

A fire arm licence is valid for 5 years and needs to be renewed 90 days before the previous one expires.

A hunting fire arm licence is valid for 10 years.

How many guns can I own ?

The law is incredibly strict on how many guns you may own.

For hunting/ shooting sports – a maximum of 4 but limits on only 1 handgun, rifle or shot gun. If however you are a member of a reputable hunting or sporting organisation and can prove your membership and can prove your need for more guns you may have more.

Business- For security companies and those who use guns in their business like a shooting range, there is no limit.

What do I need if I own a gun for personal safety?

The number one requirement for owning a gun would be a safe space to keep them. A wall safe with combination lock away from children.

A gun case for transporting your gun. This too needs to be secure and would be wisest with a combination lock.

A gun cleaning kit to keep the gun free of dust and from rusting.

A gun holster, should you wear the gun on your body, like the quality gun holsters from We The People Holsters

A gun can be a tool for survival but South Africa has many laws that even should a person break into your home you may not just shoot them.

It is wise to familiarize yourself fully with the law before deciding to buy a gun.

It is also wise to have open conversations with your children about gun safety.

These resources can help: