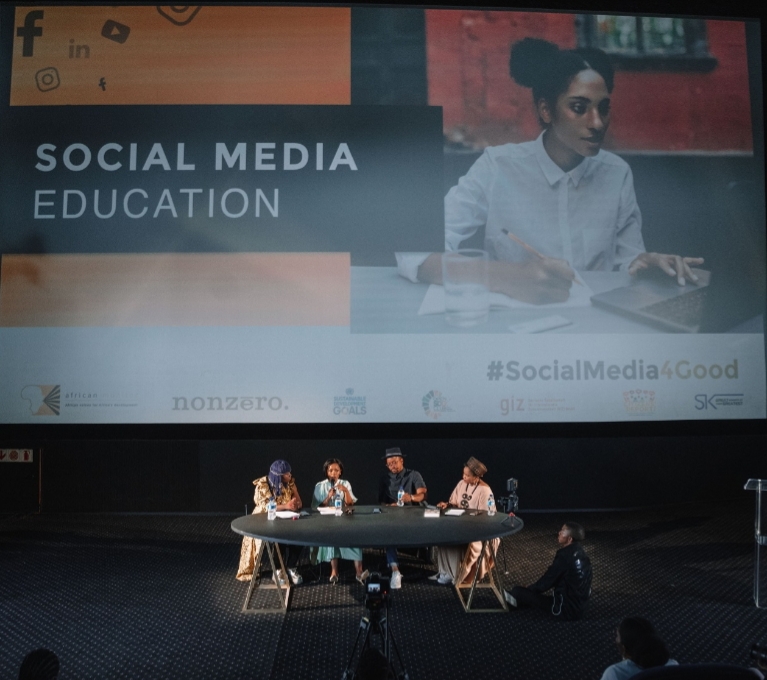 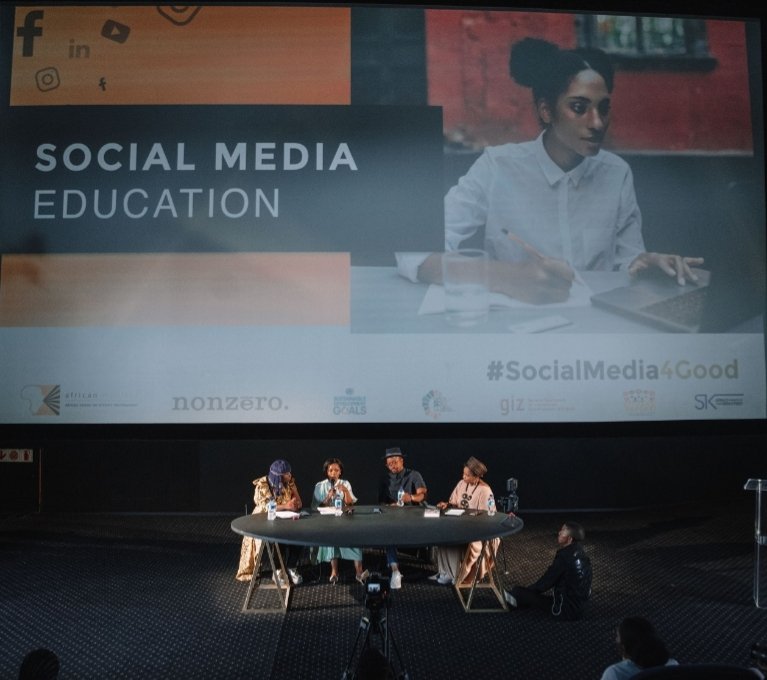 An interactive debate moderated
by a global moderator, Nozipho Mbanjwa was held, in which South African role models Maps
Maponyane, Amanda Black and Ayanda Borotho discussed the UN Sustainable Development
Goals and how every day South Africans can use their social media influence to build
awareness and ignite positive change. 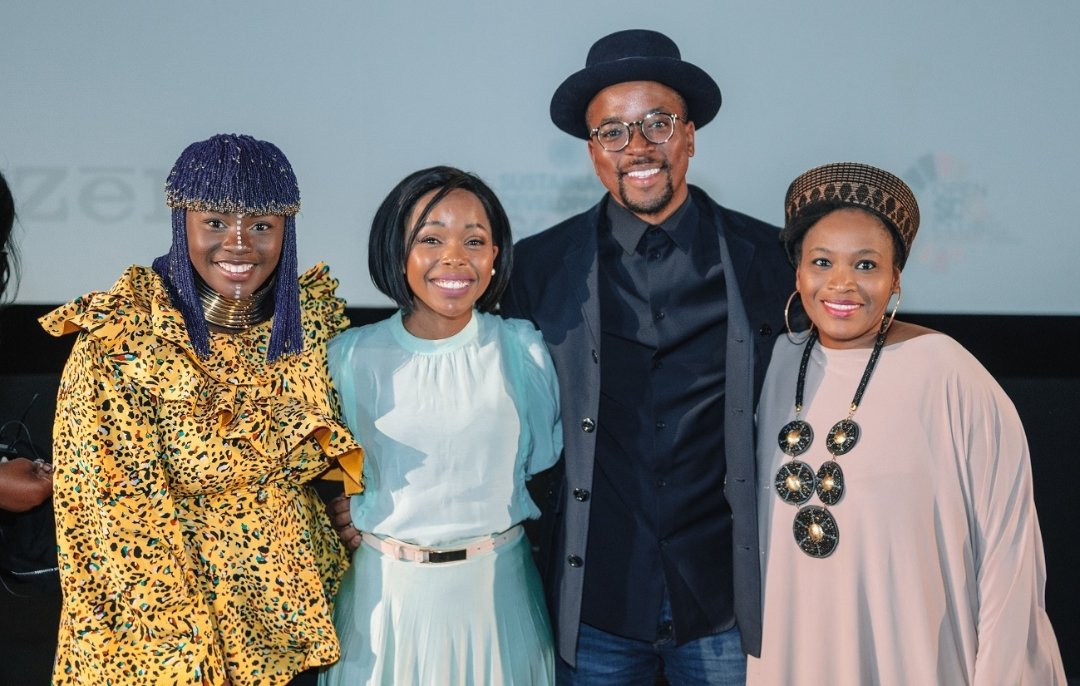 The event was attended by dignitaries, business leaders and members of the press as well as selected social media influencers with a track record of doing good in their communities.

Attendees were invited to interact and share the event on social media. The discussion was live-streamed on African Monitor’s Facebook page using a 360-degree camera and reached South Africans from all over the country, ultimately concluding in the hashtag #SocialMedia4Good trending on twitter for more than
3 hours.

Before the panel discussion with the A-List influencers, Ms. Namhla Mniki, the Executive Director of
African Monitor, drove a thought-provoking conversation to present real examples of social media
activations in South Africa.

One of the guests, as the fire-starters of the day’s conversations was
Sibabalwe Sesmani – a young woman who founded #WithoutUs and CEO of Unorthodox PR. She shed
light on her journey as an activist and explained how she is actively using social media as a tool to
make sure that every woman is economically emancipated.

The fire-starter was followed by a passionate 90-minute debate in which our influencers shared their
experiences and pearls of wisdom on the following subjects :

1) Social Media: Good or Bad?
In this section of the debate, participants discussed what role social media plays in today’s world when it comes to justice and what it meant for them, personally.

2) Social Media: Education
How can social media be used to educate people? How can the conversations be stirred? Is
educational content as popular as “glossy” content? Why are people more inclined to follow funny
meme accounts or celebrities and socialites rather than educational institutions, politicians, etc.

3) Social Media: Reduced Inequality
Social media plays no favouritism. It uniquely is the only medium to touch all levels of society, in
townships, you’ll find that some homes may not have running electricity, but they will have a
smartphone with WhatsApp and Facebook on it. How can we use this to their advantage?

5) Social Media versus Traditional media
What is the catalyst for real action in media? Do hashtags really influence people to action for e.g.
#MeToo #BlackLivesMatter #SayNoToXenophobia #WithoutUs? Which strategies work in media to
activate real social change? 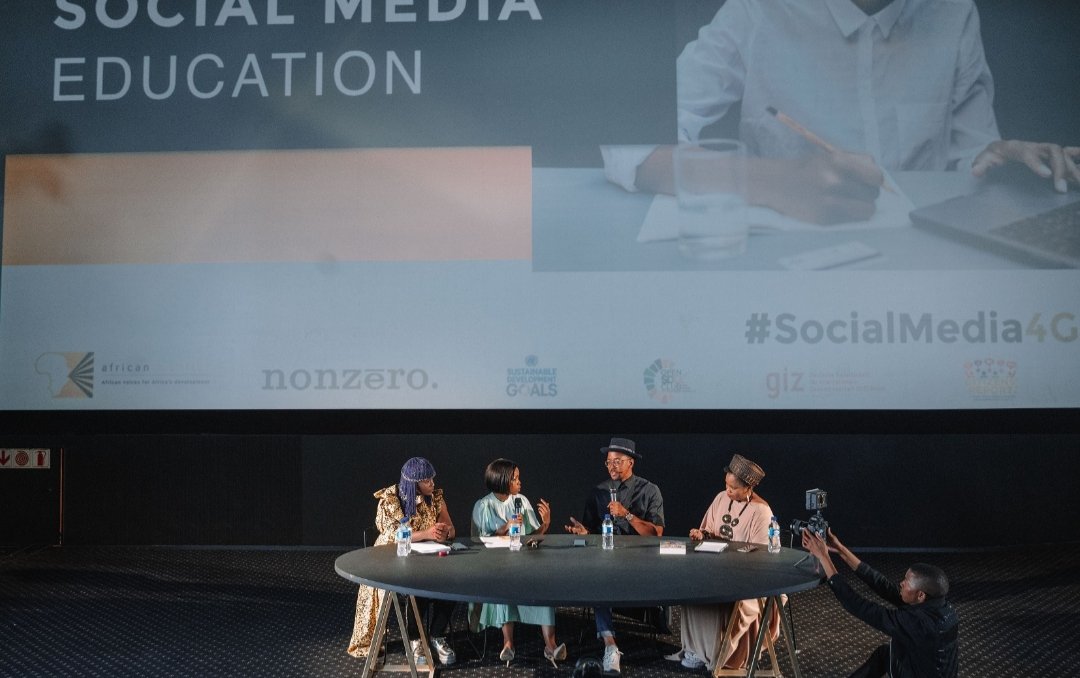 The panel of influence indulged in the conversation:

Amanda Black emphasized there is a shift needed in how we educate our youth and we need to
critically think the way we change our environment and make use of new technologies to do so.

Ayanda Borotho addressed the issue of relatability, warning that if we only have conversations in English, we are closing the dialogue to many. She stressed : ‘ It’s important to have dialogues on
social media in indigenous languages.

Maps Maponyane made the point that social media is powerful but still reflects inequalities in South
Africa where many don’t have access because of data costs.

Building on Maps call to action to ‘ make caring cool ‘ Nozipho urges the public: ‘ Do not give up
caring, because caring is contagious. And when people see you care beyond the hashtags it will make
a real impact. ‘

In closing, the panel of influence resonated that all of us have a role to play.

We don’t have to overthrow governments to make a difference.

We can start something small and it can explode into a movement.

Social media has the power to disseminate information and create influence in a way we’ve never seen before.

African Monitor is an NPO with the goal of promoting sustainable development in Africa as
well as building the capacity of civil society.

Find out more about African Monitor on http://www.africanmonitor.org/