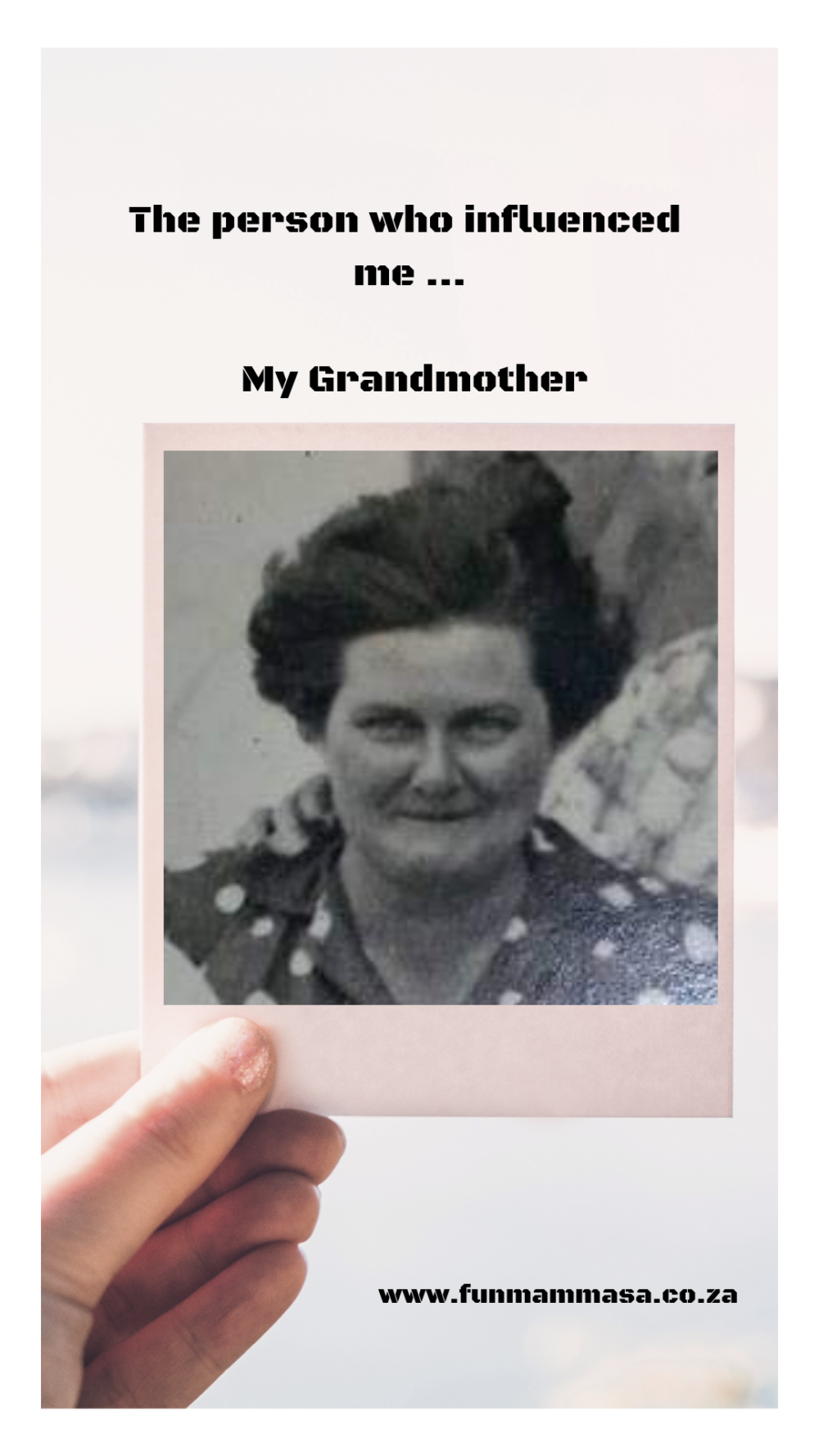 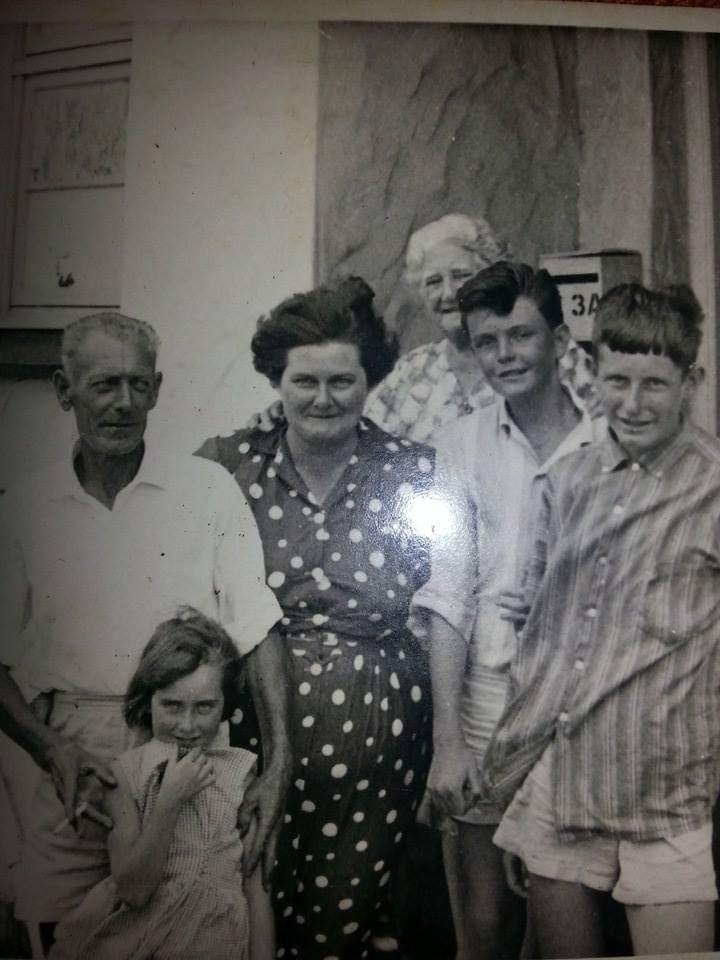 The person who influenced me

My grandmother, Edith Marion Owen Jones was born the daughter of the mayor of Stanger,KZN.

As a young girl she would tell me the most amazing stories from her youth. Stories of a loving father and a strict authoritive mother capable of yanking table cloths off a fully set table if it was not in place.

She would speak fondly of her 3 siblings and tell tales of how she played piano and sang opera.

She always wore a dress and stockings. Her hair was neatly brushed and she had just a hint of make up.

I spent much of my young life with her.

I remember endless porcelain tea set parties and her sitting next to me teaching be to play piano.

I remember going to go shopping and stopping for blue soft serve Ice cream cones and holding her hand as she walked me to Sunday school.

As I grew we did other crazy things together like make our own perfume and feed birds. She read me stories and we sat and sang country western songs together.

We danced in her kitchen and she taught me to bake.

I was 6 when I got my first embroidery ring from her and when she first started telling me the story of how she came to be a toy maker.

She made the first Miss SA a feathered doll as part of her prize.

When I entered school she did home work with me and we explored the ocean. She would become a mermaid as we swam in the waves and together we build giant sand castles.

She moaned that I read to much and taught me to make tassle dolls which I sold and kept the money.

She bought me fancy dresses to twirl in and brushed my always nitty hair with care. She let me feed the ducks alone and bought the sweets I needed to feed the “poor children” on the farm.

She filled my days with dolls and dress up clothing, fairies and fancy tea parties.

In my teens I heard her life story, and I began to learn this amazing strong woman who had guided me to believe in myself, stand alone and find my inner courage.

At 19 she met a Belgian man and they were married. Two sons later she discovered he was still married in Belgium and her father helped her have the wedding annuled.

Over night she was a single mom with two small boys to care for.

Needing to go back to work her mother refused to allow her to come back home. Her father assisted her financially and she went back to work in her oversized maternity clothing to put food on her boys table.

There were many jobs, much hardship and an abortion before she met my mother’s father.

Her boys were 9 and 10 years old and she met my grandfather when she rented out her rooms to lodgers. He was a builder from Holland.

They married and had a little girl. For 16 years she was blissfully happy and her love for my grandfather was always expressed in a soft voice.

She went on to marry 3 more times.

My grandmother made many waves in her life. She spoke her truth, called a spade a spade and wasn’t afraid to stand up for the down trodden.

Her heart was her largest asset and she would often in my adult years tell me the tales of her good deeds, and how others had let her down not having the same heart.

We would sit in the lounge and look at a new velvet gown I’d bought and both reach for scissors… Her to make chokers and me to sew spiders.

We rumaged vintage shops for buttons and broaches to make accessories and she taught me to make the bodies of my hand moulded clay dolls.

We painted roosters with glass paint all over her kitchen windows and she allowed me to complete a mural on her lounge wall of the wishing tree.

As an adult we spoke daily on the phone. A week did not go by without a visit. I’d find her in the kitchen roasting chicken and baking for the kids.

She would hold my children and sing to them. She would tell crazy stories and put them on the bed for imaginary train rides.

And her and I would spend late nights talking about motherhood and children and the war and her life.

In so many ways I see our similarities. I see the strengths that she passed down to me and if I’m half as amazing as she is one day my children will say ….

She wasn’t perfect but she loved me ♥️

One thought on “The person who influenced me… My grandmother”